The Most Important Class Any Writer Can Take 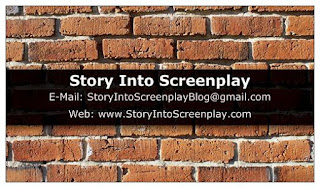 Rookie writers have asked me about the best books, classes, and seminars they can use to turn themselves into better writers. While I have a shelf full of books (soon to include my own current work in progress) and have attended numerous classes and seminars, I can attest that the one class that shaped my approach to writing was a class that had little to do with putting pen to paper or fingers to keyboard.

The most important class a writer can take isn't a writing class at all.

It's an acting class.

“But I don't want to be an actor,” the Rookie says. “I want to be a writer. I want to sit in my lonely office and spin stories out of whole cloth, while keeping my interactions with other human beings to an absolute minimum.”

While I'm far from the first writing blogger to push writers into taking acting classes, I've always maintained that plot, structure, theme, and message should be used as tools to deliver stories about characters. The VOTE Method I teach is adapted from an acting class I took in college, and I've used it ever since to help me be a better writer.

No More Meat Puppets
The biggest mistake most rookie writers make is that they view their stories the other way around. Characters are not mouthpieces. Actors are not meat puppets. Writers should not use them to deliver their sermons on the human condition. When a rookie writer takes this approach, the readers, the actors, and the audience will see through the writer's sanctimony and self-satisfaction.

The best way to avoid this “writer-first” mentality is for writers to put themselves in the actor's shoes. Scene work can also help writers understand the importance of every character in their work. Many rookie writers view the secondary characters as tools to serve their main character's story. When a you work through a scene playing a secondary character, you'll understand that failing to give these characters adequate substance gives the actor too little to do, which leads to a poor or disengaged performance.

Dispel Doubts About Dialogue
One of the major difficulties that rookie writers encounter comes from writing dialogue. They either try to make it sound “natural” or they use it to deliver exposition or “on the nose” observations. Acting classes can teach writers that each line of dialogue must serve one of two purposes:

1. Reveal an aspect of the character
2. Move the story forward

Whey you attempt to learn dialogue in an acting class, you can tell when the lines serve either or both of these purposes or when it sounds stiff or unnatural.

Conflict and Chaos
In real life, most of us try to avoid conflict. In writing, you should seek it out. When you take an acting class, you can see the power that conflict between characters has on creating a memorable scene. When you take part in a scene as an actor, you can feel what that character feels, what fuels their desires, what stands in their way, ans what they'll do to get what they want, all of which will make you a better writer.

Writers ARE Actors
A core requirement of your job as a writer is to deliver characters that will keep an audience riveted to the page, the stage, or the screen. The writing process is all about inhabiting those characters' lives, feeling their experiences, and bringing them to life.

In all of these senses, the writer must serve as an actor for every single character. When a writer understand the process by which an actor inhabits a character, the writer can apply that process into their own methods. From there, character arcs become tools by which the writer delivers a strong character for the actor to portray and a powerful experience for the audience to follow.

For a sample report and a rate sheet, email storyintoscreenplayblog[at]gmail[dot]com, or send a direct message through the SIS Facebook page.