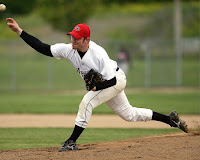 One of the most useful online screenwriting resources I've found is the aptly-named ScreenwritingU.

Of course, they use these free webinars as an opportunity to sell their online classes, but you may find their methods valuable enough to fork over a pretty penny for those classes.

One of the free webinars they offered was titled "8 Steps to Selling Screenplays".

The key takeaway from this session may sound obvious, but it's also startling in the fact that so many writers miss this point.

The primary goal a screenwriter should have in mind is to find ways to make their script "marketable".

"Marketable" doesn't mean "a copycat of every hit movie of the last ten years".

"Marketable" means a high concept with roles that will attract A-list actors and sell tickets.

How do you create roles that Oscar-winning actors will want to play?

You create strong roles by applying the VOTE Method.

Since the VOTE Method is based on the training actors undergo to grasp their roles, it's also highly useful for writers looking to craft substantial roles.

When you create strong roles, talented, well-known actors will want to attach themselves to your project so that they can play those roles.

When they attach themselves to the project, it becomes much easier to sell and get made.

Here's another takeaway from the webinar:

Before you write your script, prepare your pitch.

I can already hear you asking:

"But how can I prepare my pitch before I even start my script?"

When you develop your pitch, including the logline, you focus your story on the essentials.

A strong pitch will help you refine your story and give you a clear destination between FADE IN and FADE OUT.

"But what makes a 'strong pitch'?"

According to SU, the pitch has less to do with the story than you might think.

The elements the webinar listed in a pitch include:
As much as it may go against the introverted nature of most writers, your skills at selling your scripts have to match or exceed your skills at writing them.

When you learn to pitch your script and practice your pitch with whoever will listen, you'll develop more confidence in your story, which will also make you a better writer.

Some writers may feel hesitant to work on their projects during these stressful times.

On the contrary, now is the perfect time to develop that idea, hone that script, and work on that pitch.

When this crisis gets resolved, content providers will be looking for new voices, new projects, and new stories.

Posted by Story Into Screenplay at 10:03 AM